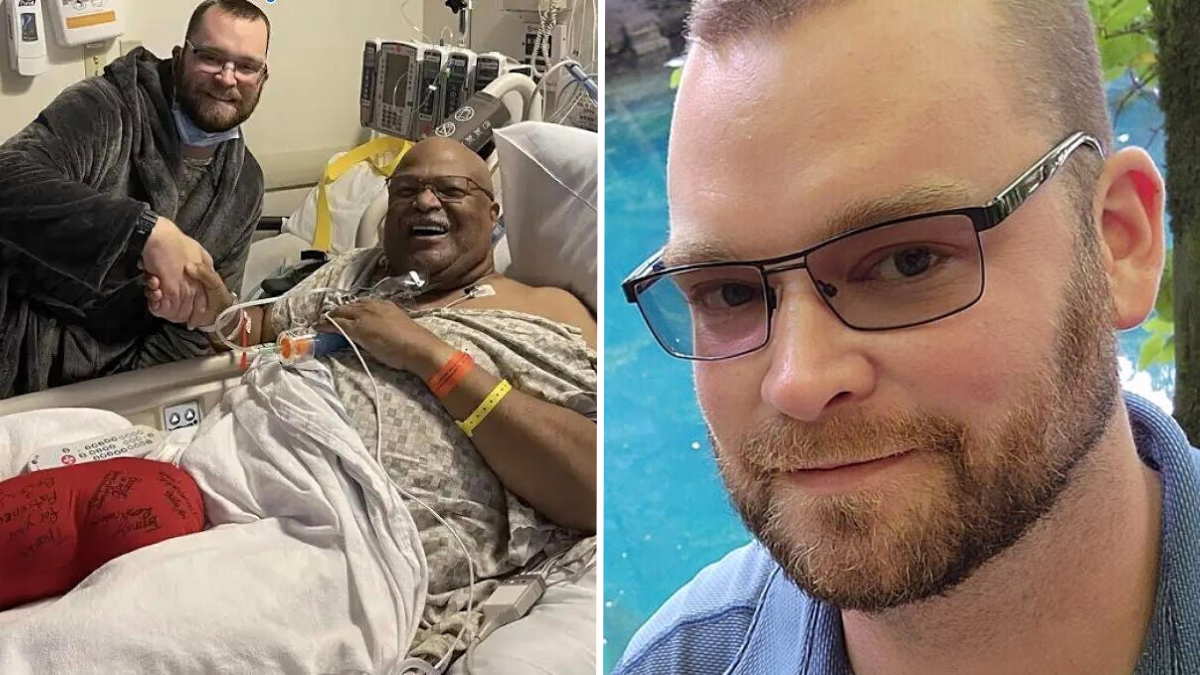 Bill Sumiel needed to get home from his dialysis center just over the Delaware border, so the New Jersey resident called for an Uber. He was somewhat downtrodden, having recently received some bad news from the transplant team.

Bill’s doctors had told him that he should be actively looking for a kidney rather than waiting on the transplant list. Because of Bill’s age, his rank on the list was slipping, and he couldn’t afford to wait. Time was of the essence.

RELATED: Pregnant Woman Goes Into Labor In Uber On The Way To The Hospital – Driver Has A Surprising Response

When Tim Letts picked Bill up at the dialysis center, the two men struck up a conversation during the ride. Tim was so friendly that Bill felt at ease explaining what was going on in his life.

The conversation turned to a sad note when Bill opened up to Tim about his urgent need for a kidney transplant. It might have been strange to open up to a stranger about something so personal, but Bill never could have expected what Tim said next.

“God must have put you in my car.”

The Conversation an Uber Driver Had With His Passenger

Bill wasn’t sure what Tim meant, but when they pulled up in front of Bill’s house forty minutes later, it became clear. Tim gave Bill his name and number and told him that he would like to give him one of his kidneys. If they were a match, Tim was willing to be the donor that Bill so sorely needed.

“Well, that about floored me,” Bill recounted, tears in his eyes. “I was shaking so bad I could hardly write his name and number.”

RELATED: Uber Driver Offers To Get Teen Passenger A Hotel Room After Being Stuck For Hours In Traffic

And the good news kept coming in: Bill and Tim were a match! Bill called his daughter excitedly, but she was less shocked than Bill expected. In a calm voice, she responded, “Oh, Dad, I knew that.” Bill was confused until she continued, “God wouldn’t have started this if he wasn’t going to see it through.” That made Bill smile. He knew his daughter was right.

“It wouldn’t have happened without divine intervention,” Bill insists. “It was too many coincidences for it to be a coincidence.”

One morning in early December, Bill and Tim went to the hospital together for the life-giving transplant. Much to everyone’s joy and relief, the operation was a success.

Bill’s life is almost back to normal. He exercises and is slowly rebuilding his health through rehabilitation. His spirits are high.

“I need people that are in a similar situation that I was in to know that there is hope. If I hadn’t shared my story with Tim, I would have never gotten a kidney because he would not have known I needed one.”

RELATED: Uber Driver Confesses Her Biggest Dream To Passengers – Their Reaction Takes Her By Surprise

And therein lies the simplicity and the power of Bill and Tim’s story. It’s only when we reach out in need that we can be given that help and support. It’s only in letting the walls fall down that we can let the light in.

“Giving a kidney is actually giving a gift of life, and I feel so fortunate to have that gift,” said Bill. Tim lives in Germany now, but the two are still best friends and speak regularly. In a moment of vulnerability, a connection was made that would change both men’s lives forever.

Uber Driver Listens to Tim Horton Employee’s Struggles – Later, She Shows Up at Her Work for This Reason