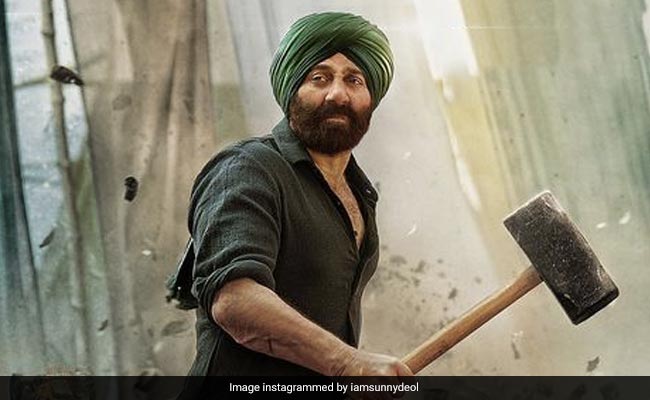 On the occasion of Republic Day, Sunny Deol has treated his fans to the first look of his much-awaited film Gadar 2, co-starring Ameesha Patel and Utkarsh Sharma. On Instagram, he shared the poster in which the actor is looking fierce as ever and is holding a huge hammer. Sharing the poster he wrote his famous dialogue from the prequel of the film, “Hindustan Zindabaad Hai… Zindabaad Tha… Aur Zindabaad Rahega!” He added, “This Independence Day, we bring to you the biggest sequel in Indian cinema after two decades. #Gadar2 releasing in Cinemas on 11th August 2023.” Towards the end, he wished his fans, “#HappyRepublicDay”.

Take a look below:

Helmed by Anil Sharma, Gadar 2 is the sequel to the 2001 film Gadar.In the sequel Sunny Deol, Ameesha Patel and Utkasrh Sharma will be reprising the roles of Tara Singh, Sakeena and Jeete, respectively. The sequel also stars Luv Sinha, Simrat Kaur, Manish Wadhwa and Gaurav Chopra in pivotal roles.

Speaking about the film Sunny Deol in an interview with Bollywood Hungama said, “Gadar – Ek Prem Katha has been an eminent part of my life, personally as well as professionally. Tara Singh from Gadar isn’t just a protagonist but went on to become a cult icon that defied all odds and crossed all boundaries for his Family and Love. Collaborating with the team after, 22 years was a creatively enriching experience.”