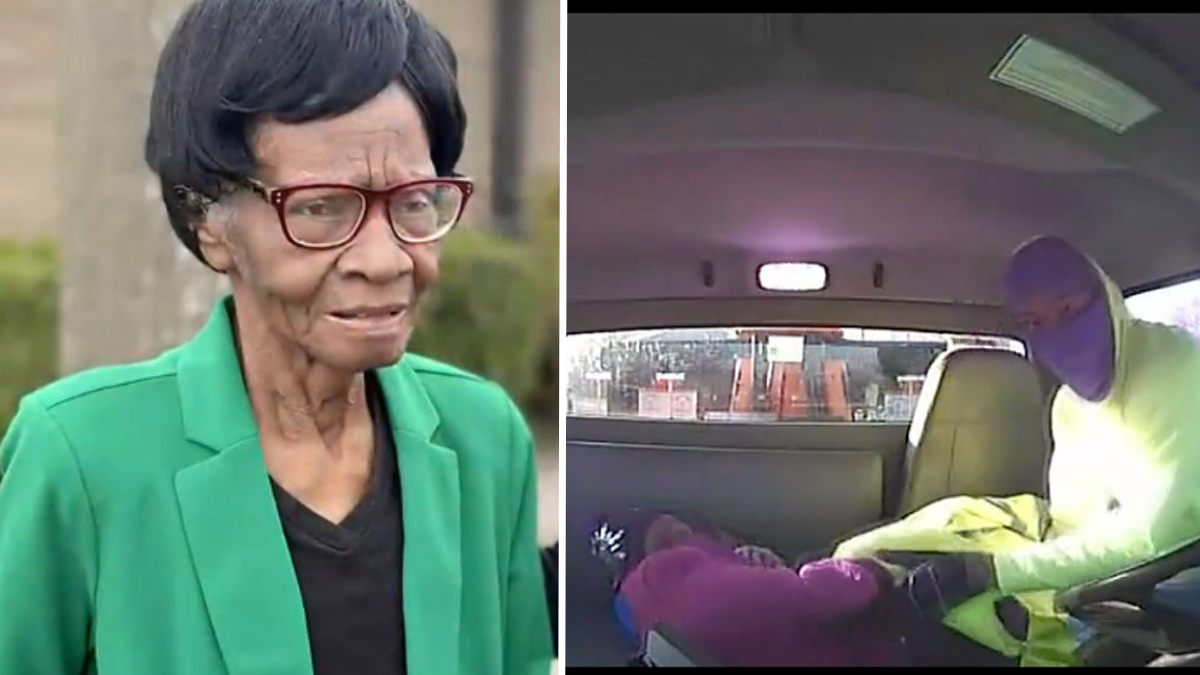 Thanks to a sanitation worker who went the extra mile, a senior is back home safely with her family.

Thelma Bates, who suffers from dementia, wandered away from her Caruthersville, Missouri home at around 3 am. The temperature was just 16 degrees Fahrenheit and she wasn’t even wearing shoes.

Worried sick, the grandmother’s family put out an alert.

How a Sanitation Helped Save a Grandmother’s Life

Macario Chism drives a boom truck for Waste Pro USA and his route includes Caruthersville. He was on his rounds when he stopped at a convenience store and learned that an 82-year-old was missing.

Thinking of his own grandmother, he felt he had to help.

Within a few blocks of Bates’ home, Chism spotted something suspicious about a small metal backyard shop building.

“I see’d the shop door had swung open from the wind, and it had closed, and that’s when I noticed her on the ground in the shop,” Chism said. “She raised up and then she fell back.”

RELATED: Bus Driver Follows Her Gut After Seeing Little Girl Wandering the Streets Alone—Those Instincts May Have Saved a Life

He ran across a ditch and two backyards to reach the woman. He gave her the coat he was wearing and carried her back to his truck, where he turned on the heater.

Footage from a camera inside the cab of the truck shows the moment he placed Bates inside. He covered her up and hit the horn to tell nearby searchers that he had her and needed help. Then, because she wasn’t wearing shoes, he covered her feet.

The entire time, he was thinking of his grandmother.

“She died in my arms,” Chism told KAIT8. “I couldn’t save her so I was just happy to save Mrs. Bates.”

How One Man Proved That Not All Heroes Wear Capes

Bates was taken to the hospital and checked and miraculously she was unharmed even after spending several hours out in the freezing cold.

“Blood pressure was fine,” said her daughter, Renee Bates. “Vital signs were fine. There was nothing wrong with her.”

A few weeks after the rescue, Chism was surprised by a local news channel who presented him with $408 as part of their Gr8 Acts of Kindness campaign. He was able to meet Thelma and her grateful family, too.

RELATED: Police Officer Spots 84-Year-Old Wandering on the Highway – Makes Her Get Into His Patrol Car After Talking to Her

Renee said they can’t thank him enough for making the effort to find their loved one, and for caring for her so tenderly until help arrived.

“If it were not for Cario, we would be putting flowers on my mother’s grave today… if it wasn’t for Cario,” Renee said.

Everyone has the potential to be a hero. Chism knew he had to help find the missing senior and he went the extra mile to make it happen.