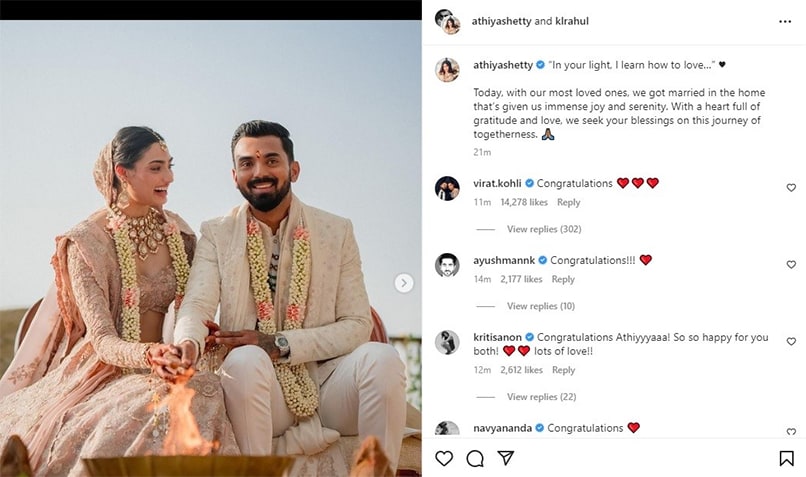 India cricketer KL Rahul has married Athiya Shetty — Bollywood actress and daughter of actor Sunil Shetty — in a private ceremony on Monday. While the couple hadn’t made any official statement on the rumours of their marriage earlier, the two tying the knot on January 23 was an open secret. The wedding function reportedly took place at Sunil Shetty’s Khandala Farmhouse.

The wedding ceremony, attended only by the very closest of the Shettys’ family and friends, was “beautiful,” said Suniel, wearing a festive traditional outfit. He quipped that the “father-in-law chakkar” should be dispensed with so that just the ‘father’ bit remains. “In-law ka chakkar agar hat jaye aur agar father hi rahu toh bhaut khoobsurat hai, kyunki woh part main bhaut ache se nibhaata hoon (It would be great to dispense with ‘in-law’ and have ‘father’ remain because that’s a responsibility I discharge well),” he said.

KL Rahul and Athiya Shetty had been in a relationship for a long time.