National Pie Day: How Many McDonald’s Pie Flavors Have There Been?-Freshnews4u 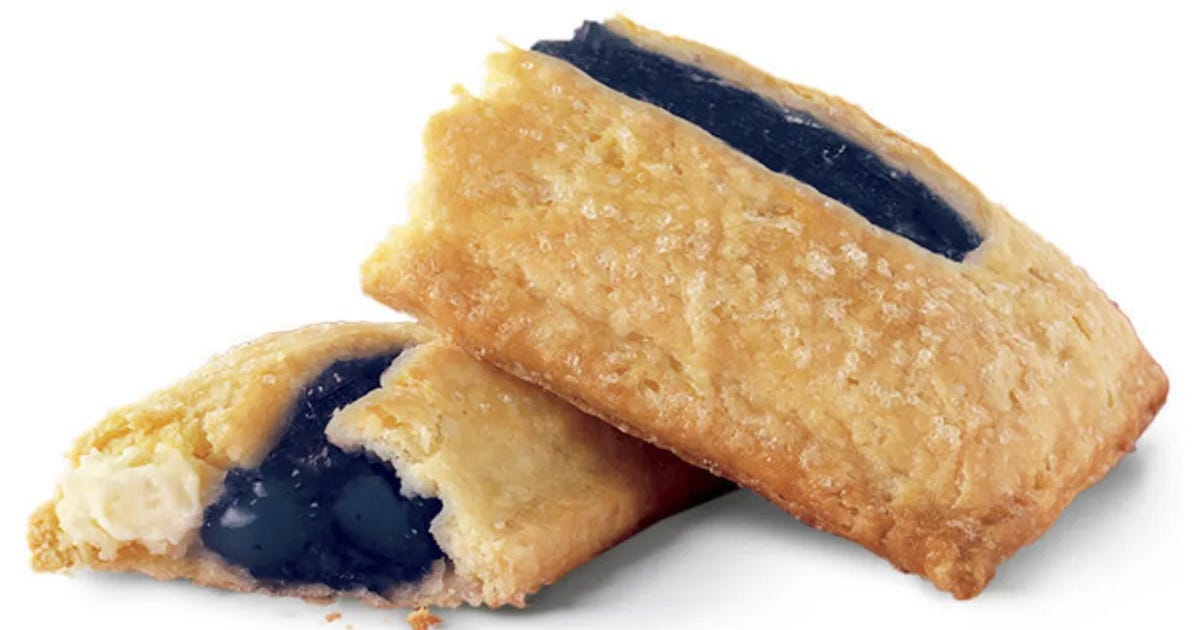 It’s National Pie Day, and one of the most popular places to get a pie fix is at McDonald’s. The company introduced its signature apple pie back in 1968, the same year the Big Mac debuted.

Since then there have been dozens of other flavors, from regular menu items available year-round to seasonal specialties and one-offs that never returned.

This month, McDonald’s has brought back its Blueberry & Crème Pie — a crispy sugar-coated turnover filled with a layer of blueberry and a vanilla-flavored cream — to select locations nationwide. That means the rainbow-sprinkle Holiday Pie, which hit menus before Christmas, is on its way out.

The Blueberry & Crème Pie last appeared in January 2022 after a five-year hiatus, but it only stuck around for a limited time. The 260-calorie treats won’t be on the menu forever this time, either. So get them while they’re hot.

For more, learn which fast-food restaurant is the most expensive and discover the best keto options at your favorite quick-serve joints.

Where can I get McDonald’s Blueberry & Créme Pie?

So far blueberry pies have been spotted at McDonald’s in California, Iowa, Illinois, Michigan, New York and West Virginia. Last year, the pies were ultimately available in about 6,800 of McDonald’s 14,000 US locations.

If you use DoorDash or UberEats, the item should appear on the apps’ McDelivery menu if it’s available in your area.

Pricing varies, but it typically costs between 99 cents and $2.30, depending on where you live.

A 2017 review from Brand Eating described the pie as tangy, with a crust that’s “slightly flaky with a nice, crispy surface.”

“There was a good amount of filling inside and a well-balanced filling-to-crust ratio,” it continued. “The blueberry flavor comes across rather nicely and works well with the créme.”

Here’s another review from the Peep This Out! YouTube channel:

How many different pies does McDonald’s make?

A McDonald’s in Knoxville, Tennessee, introduced the apple pie in 1960 and the dessert went nationwide eight years later.

Since then, McDonald’s has sold more than 40 different flavors globally, according to Mashed. There are well-known varieties like cherry, lemon and chocolate — as well as more exotic options, including chocolate-banana, sweet potato (available in Hong Kong), mango-passionfruit and a savory bacon-potato pie launched in Japan.

In Mexico, Costa Rica and Panama, you can order a cheese pie — flaky pastry filled with pay de queso, a sweet creamy cheese similar to a cheesecake filling.

Mickey D’s even introduced a fried taro pie in Asian markets in 2012, after a trial run in Hawaii. The purple tuber looks a bit like a potato but is much sweeter.

McDonald’s has made quite a few changes to its classic apple pie over the decades: In 1992, it started baking the pies instead of deep-frying them. (As of 2020, you could still get the deep-fried version at McDonald’s in Hawaii.)

In 2018, it tweaked the recipe again, offering a lattice crust, sliced apples (rather than diced) and a touch of cinnamon.

The filling is now made with six different kinds of apples: Gala, Ida Red, Golden Delicious, Jonagold, Fuji and Rome. And McDonald’s has removed artificial colors and preservatives and high fructose corn syrup.

Where are McDonald’s pies made?

For more than 50 years, all the pies sold in US McDonald’s have been made exclusively at Bama Companies in Tulsa, Oklahoma. (Bama also makes biscuits and hotcakes for the fast-food chain.)

With more than 800 employees at three facilities working 24 hours a day, Bama cranks out more than 2 million pies for McDonald’s every day.

Motorola E13 to launch on Feb 8: Here are its 4 expected specifications-Freshnews4u

Getting results from your zero-trust initiatives in 2023-Freshnews4u