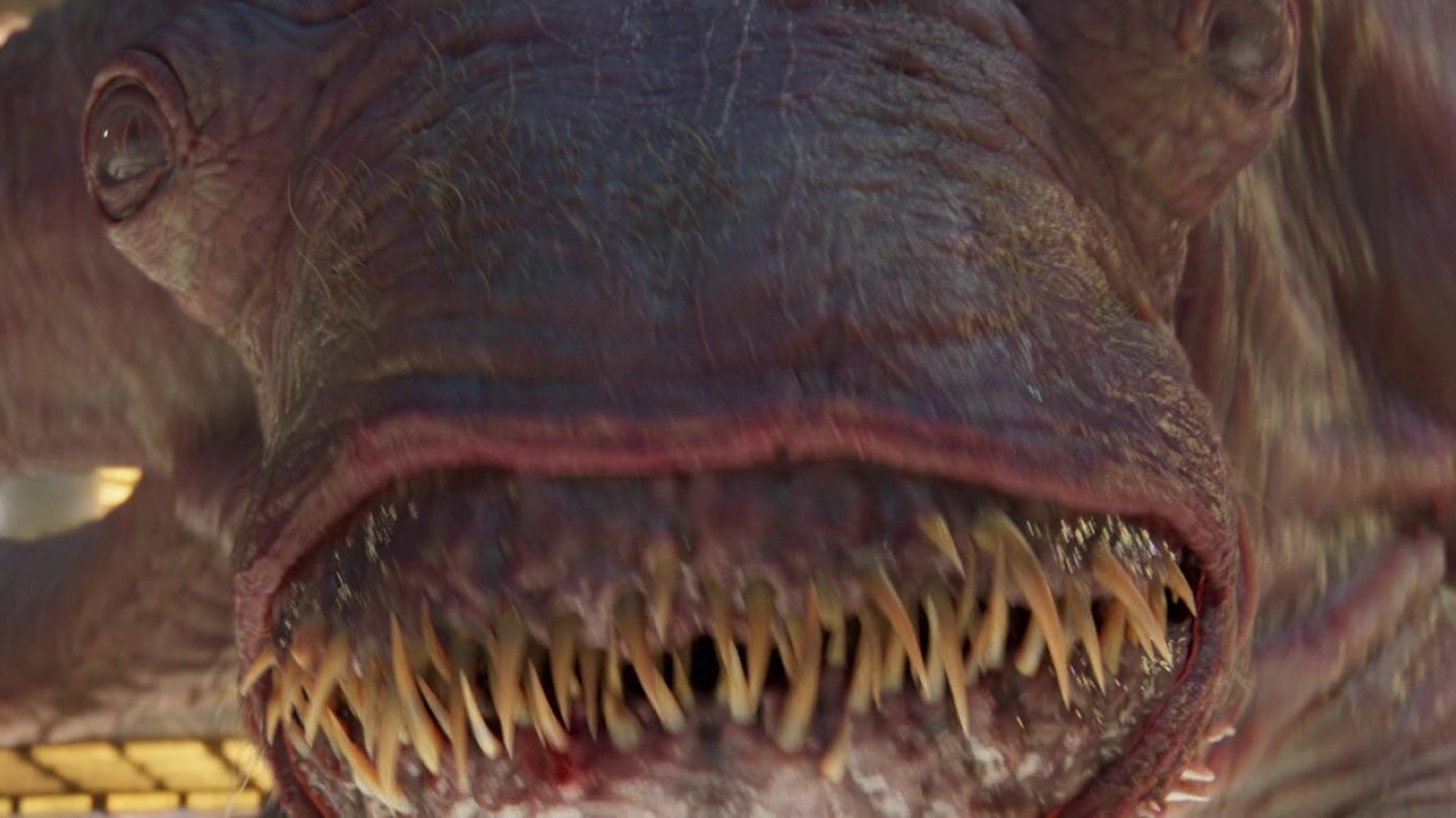 While there are plenty of small details for fans in the first trailer for “Guardians of the Galaxy Vol. 3,”, there is one moment that takes fans back to “Guardians of the Galaxy Vol. 2.” The sequel begins with Groot dancing to the beat of his own drum while the rest of the team fights an Abilisk, a pale creature with dozens of teeth that’s looking to steal batteries from the planet Sovereign. Drax decides that the best way to attack the beast is from the inside, which causes him to jump right in the Abilisk’s mouth. Gamora kills the creature and frees Drax.

in the first trailer for “Guardians of the Galaxy Vol. 3,” some of the Guardians encounter another Abilisk in what appears to be a dark corridor with a light at the end of it. While it’s not exactly known what these heroes are running toward, the Abilisk is not at all happy with their appearance. The reason for the Abilisk’s return is unclear at this time, but given its quick defense, the Abilisk could make a good guard dog with its durable skin and rainbow-like spray that could ward off intruders. Meanwhile, its ability to travel between dimensions could make it a great asset to any villain. All will be revealed when “Guardians of the Galaxy Vol. 3” flies to the big screen on May 5, 2023.