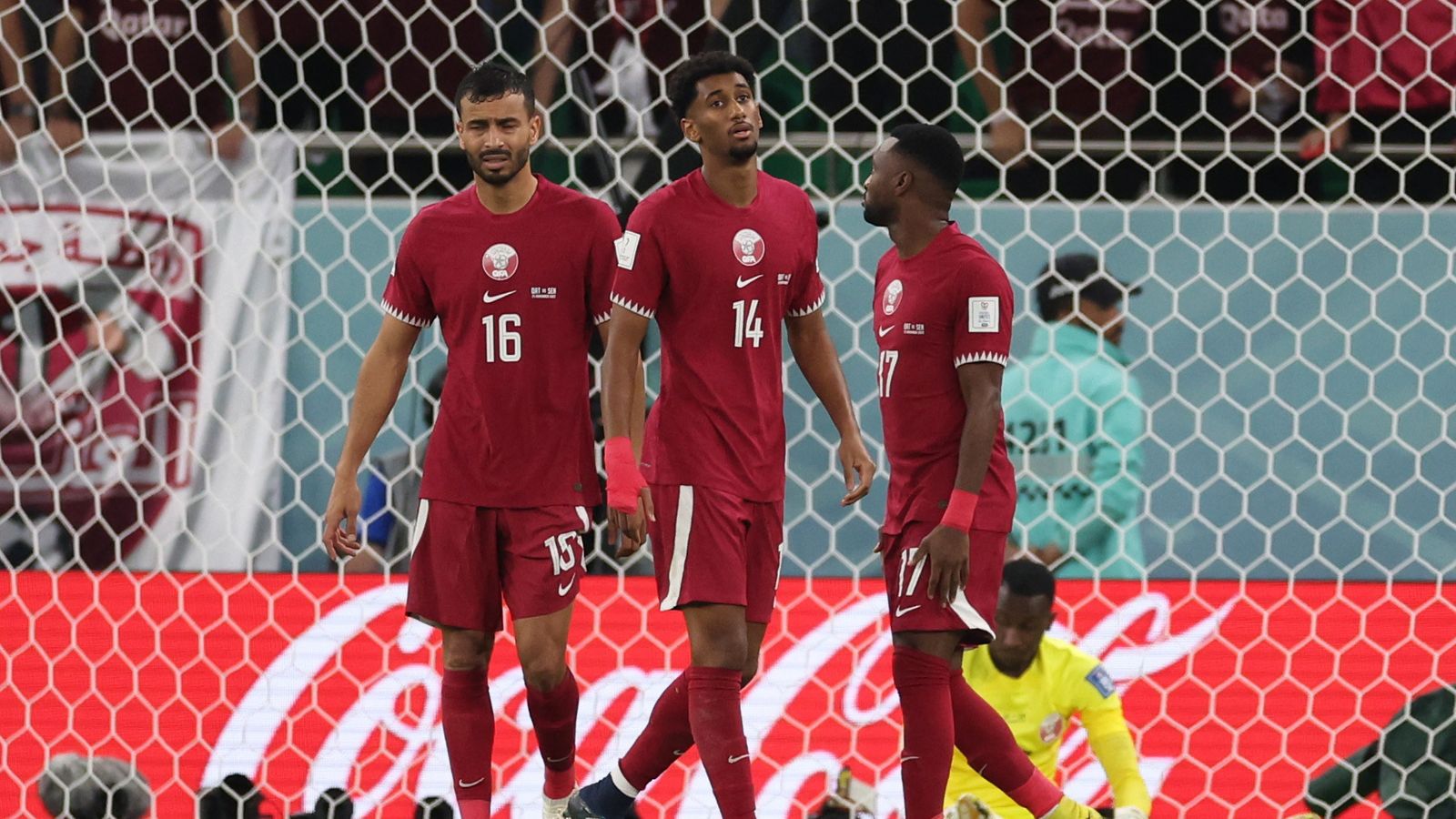 Qatar are out of the World Cup – the first time a host nation has been eliminated after just two games.

The Netherlands’ 1-1 draw with Ecuador on Friday was enough to seal the Middle East country’s fate after the home side lost 3-1 to Senegal earlier in the day.

Last Sunday, Qatar were defeated 2-0 by Ecuador, with them currently on 0 points and a goal difference of -4.

Qatar still have to play their third group match on Tuesday, against the Netherlands.

But even if the hosts won that game, they would still only be on 3 points and would not be able to finish Group A in the top two.

Only the winner and runner-up in each group go through to the last 16 stage of the tournament.

The Netherlands and Ecuador are currently both on 4 points.

Senegal currently lie in third spot with 3 points and theoretically could still qualify if they overcome Ecuador on Tuesday.