Thai Monk Wins $500,000 Lottery—Decides To Spend The Money In The Most Meaningful Way-Freshnews4u 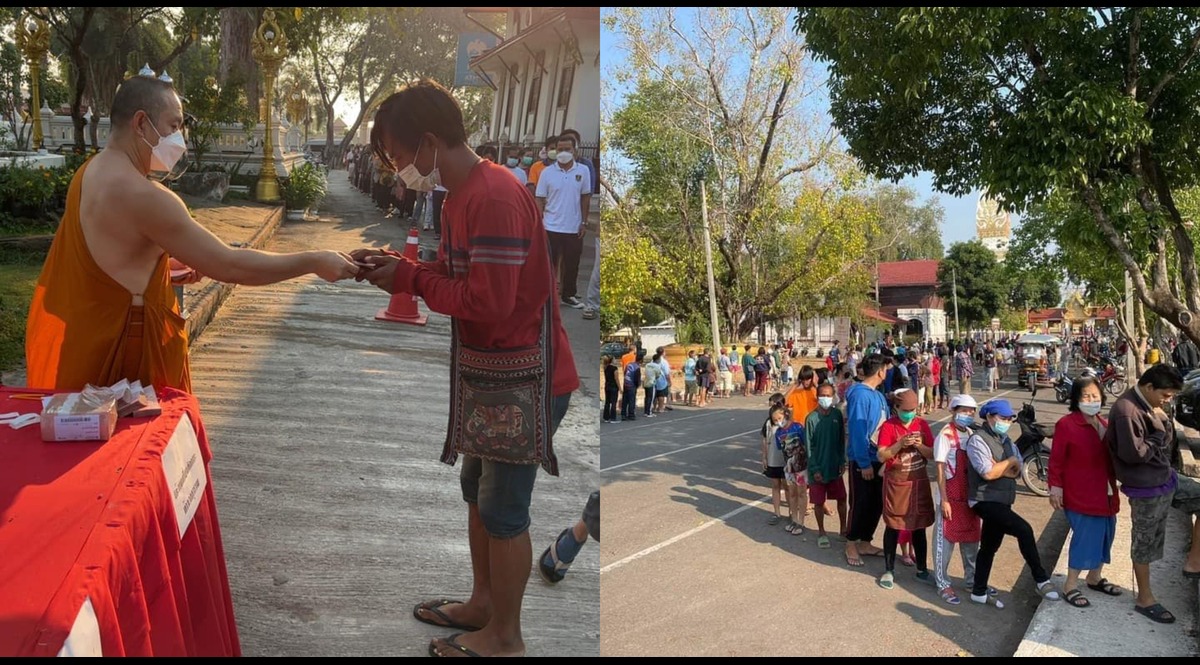 If you were to ask anyone what their biggest life goal would be, many would say that they hope to win the lottery one day. Winning the lottery is that one dream that seems as though it will always be just that—a dream. However, there are those moments of pure luck when really good and deserving people hit the jackpot.

One Buddhist Monk from Thailand lucked out beyond his wildest dreams when he decided to help out a struggling lottery salesman by buying a ticket.

Winning the Lottery Is Incredibly Uncommon

While many individuals across the world gamble and play the lottery, not many of those individuals win. In fact, it’s actually rare for someone to hit the jackpot and win big. And, while the highly prized numbers entice all of us to buy in, the outcome is more mind-blowing than the actual prize itself.

RELATED: She Gave Her Baby Up For Adoption On Thanksgiving – 50 Years Later, They Are Finally Reunited

Mathematics professor at Syracuse University’s College of Arts and Sciences Steven Diaz recently shared that the odds of winning the lottery is actually one out of 302,575,350—crazy! It gives individuals a pretty slim chance of getting those numbers to line up magically.

Sometimes the Most Deserving People Can Win Big

The Nakhon Phanom, Thailand monk, who did not wish to reveal his identity, he recently shared his story of winning the lottery. In February, he purchased three lottery tickets in order to help out a struggling lottery salesman in his local town. Due to the global pandemic, he had not had many sales, with many struggling financially.

RELATED: Stranger Catches Homeless Man Sleeping On His Office Porch – Instead of Kicking Him Out, He Decides to Change His Life

The monk did not expect to win the lottery. However, on March 1, 2022, he had the winning ticket. The monk who had purchased the tickets in good faith to help out a salesman became the winner of THB18 million—about $537,000 American.

Instead of Keeping the Money, the Monk Had Other Plans

Most people would go out and want to buy themselves something nice, like a new watch or even a new car. However, there are those who believe the money they win serves a greater purpose.

With some of his lottery winnings, the monk decided to pay it forward. He began by making a donation to the temple he is affiliated with in Thailand. He also donated some of the winnings to local schools in the Thailand provinces nearby for supplies and other needs.

RELATED: She Was Homeless Sleeping in the Kroger Parking Lot – Now She’s One of the Store’s Best Employees

In addition, the monk decided to give the lottery winning to people in his town who were in need. In the surrounding areas, the monk decided to give individuals $15 each from his winnings. However, when word spread among the masses, people began to line up for their share. The monk had to cut the donations to $6 per person to ensure everyone got a cut of the lottery winnings.

Word Spread Quickly, and the Monk Felt Undeserving of the Riches

The monk’s generosity had spread like wildfire through the town. So many people had shown up, that authorities in Thailand had to step in for crowd control and to enforce social distancing protocols.

Within the first week of March, after winning the lottery, the monk had reportedly given out over $40,000 in charitable donations to those he felt were “more deserving” of the money.

Although the monk had hit the winning numbers on his own ticket, he shared that he was not truly deserving of the money. Instead, he felt that he was truly moved to give the lottery winnings away. The monk believed that the money actually did not belong to him at all, and instead belonged to the “angels.”

While winning the lottery is incredibly rare and takes a sheer amount of luck and fate, it seems that those who are truly deserving of winning big do actually get to win big sometimes.

KEEP READING:Waiter Pays for Grieving Stranger’s Grocery Bill – Then She Comes to His Workplace With a Heart-wrenching Note