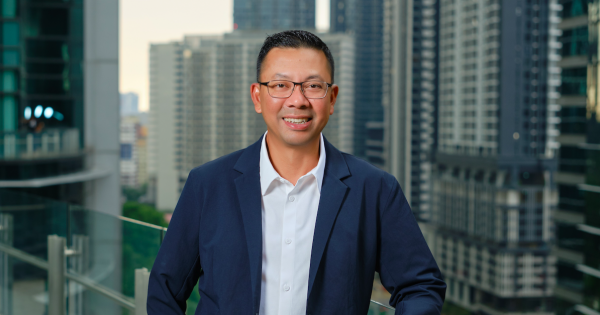 In a statement, the bank said the appointment will see the group consumer banking and CIMB digital assets businesses subsumed under the broader umbrella of group consumer and digital Banking.

This is aimed at driving the growth of CIMB’s consumer business and accelerate its digital agenda in alignment with its Forward23+ strategic plan, it said.

Abdul Rahman Ahmad, group CEO of CIMB Group, said the bank is pleased to welcome Effendy at the helm.

“Effendy is a visionary leader with a diverse and proven track record of success within CIMB, having led various units since joining the group in 2004.

“His ability and experience in forward-looking banking and financial services trends and proven execution capability across different businesses will be invaluable in future-proofing our business and spurring its growth as we navigate the challenging and increasingly competitive landscape,” said Abdul Rahman.

He added that the bank’s consumer banking and digital business franchise will be instrumental in creating value for the bank’s customers across ASEAN and ensuring that it delivers on its Forward23+ strategic plan.

According to CIMB, Effendy’s appointment is pursuant to the retirement of Samir Gupta after 12 years of service with the group.

“We thank Gupta for his many contributions to CIMB in growing our Consumer Banking business over the past decade, starting from Indonesia and subsequently group-wide as he took on a regional mandate,” said Abdul Rahman.

“Over that time, the consumer business has grown from strength-to-strength and is now the largest contributing segment of CIMB Group.

“Notably, he championed our digital and analytics agenda across the group and successfully led the transformation and turnaround of our businesses across ASEAN,” he added.

Effendy has extensive experience in banking and financial services, having served in various senior leadership roles at CIMB Group over the past 18 years. Most recently, he served as CEO, CIMB Digital Assets of CIMB Group and Group CEO of Touch ‘n Go Group since October 2020.

He was previously CEO of Group ventures and partnerships, where he was responsible for the development of the group’s new and disruptive revenue and value creation streams, with a focus on cultivating new-age partnerships at scale, venturing through selective strategic investments in platform-based businesses, and managing its digital banking franchises.

At the same time, he was also responsible for the group’s asset management and investments business across both public and private markets.

Prior to that, Effendy was CEO, group commercial banking managing CIMB Group’s regional banking businesses for the small and medium enterprise and mid-sized corporate segment.