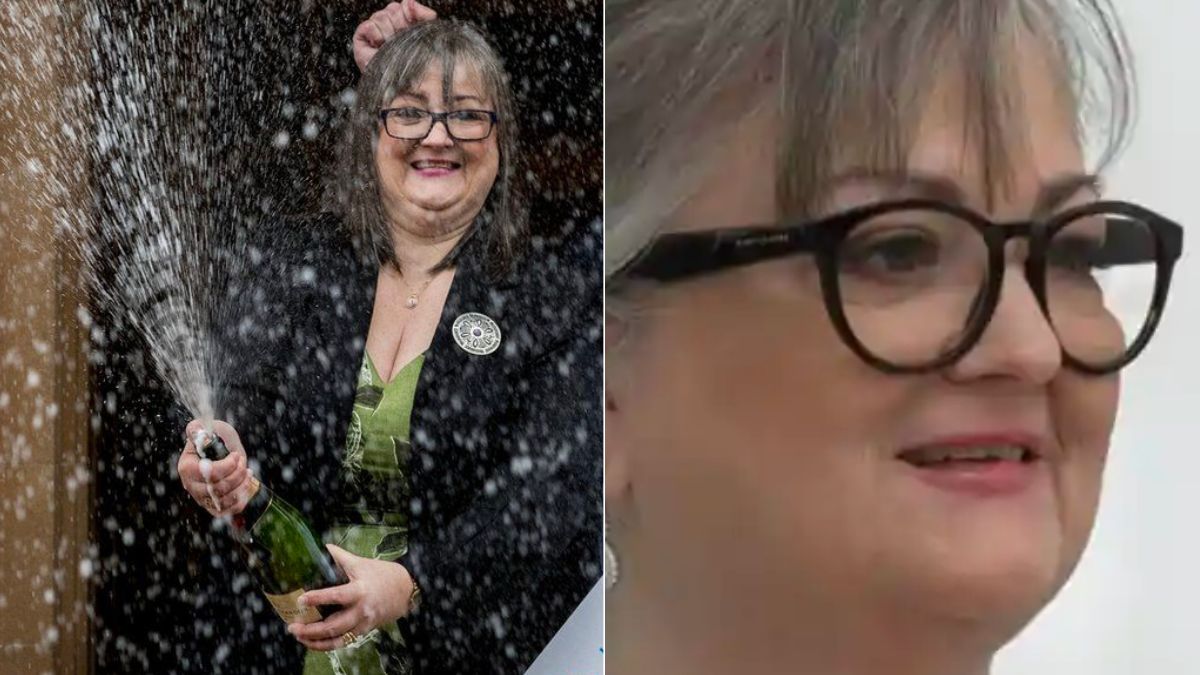 A lottery winner who won a whopping £115 million fortune (which is more than US$135 million) has given away more than half her winnings, claiming she is “addicted” to helping others.

Frances Connolly, a 55-year-old from Northern Ireland won the big prize in 2019 and now claims she and her husband, Paddy, have already given away £60 million (US$75.2 million) of it.

RELATED: 8 Billionaires Who Are so Humble They’ll Make You Rethink Your Priorities

After “immediately” giving away cash to friends and family in 2019, the couple set up two charitable foundations to continue their philanthropy efforts.

And oh boy, they didn’t stop there…

“It’s hard to pick the best part of winning the lottery,” says Frances. “But winning such a large amount of money gives you such a capacity to help and impact other people’s lives. It just gives you joy every day.”

Frances says The County Down couple had already given away all of their charity budget for 2022 and don’t intend to slow down any time soon.

The 55-year-old Frances, a former social worker, set up two specific charities. One in Northern Ireland is named after her late mother, Kathleen Graham, who passed away in 2017.

The other “The PFC Trust” supports local young carers, the elderly, and refugees in Hartlepool, Frances and Paddy’s hometown, where they still live.

Frances says she initially made a list of 50 families she wanted to help and admits it “quickly expanded” to nearly 300 families.

“We just want to make difference in people’s lives,” she says. “And we’re doing it.” When it comes to her motivation, Frances says she’s following in her mother’s footsteps, claiming she was “the most generous woman I ever met.”

That same type of generosity has become compulsive. Albeit the good kind.

Frances says helping others “gives you a buzz and it’s addictive.” She admits that she doesn’t keep a tally of where all of her winnings go and jokes she would be worried about it in case Paddy ever saw it.

Frances has a history of charitable acts, long before she became a multi-millionaire. She volunteered with a local ambulance service as a child and also set up an AIDS helpline while she was a student in Belfast.

It seems like her lottery winning was meant to be.

Part of her charitable efforts partners with local community groups to help people get jobs, support refugees, and provide tablets and new tech to the elderly so they can stay connected to their families.

Having had initially pampering themselves after winning big, the couple says they balk at the idea of spending too much money on luxury items now.

She says just because they could buy a yacht, doesn’t mean they have to. Specifically, how it could help a young couple buy a house and start a family.

RELATED: Years Ago He Was A Homeless Son Of A Drug Dealer – Today, He’s A Successful Author, CEO, And Millionaire

While speaking with a local news outlet, Frances says winning huge amounts of money might change someone’s life but it doesn’t change their personality.

“If you’re stupid before you get it, you’re going to be stupid afterwards,” she said.

While offering advice for future lottery winners, she says, “money liberates you to be the person that you want to be.”