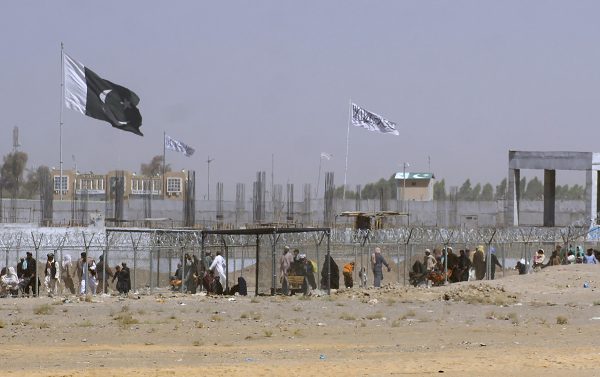 Although stability is gaining ground in Afghanistan, challenges remain as the economy and people’s livelihoods are facing serious difficulties. These developments hold ramifications for the world, yet regional countries will be most heavily impacted by any development in Afghanistan – and none more than Pakistan, because of its geographical proximity and historical and cultural links.

Circumstances have changed since the initial euphoria that Pakistan enjoyed after the Taliban won power in August 2021, because of Islamabad’s expectation that the regime change spelled an uncertain future for India in Afghanistan. Several challenges still exist in Afghanistan-Pakistan relations.

The first major concern is Pakistan’s security fence along the border, which has caused quarrels. Historically, Afghanistan has called the Durand Line an artificial border imposed by the British. Such views are present irrespective of the faction that is in power in Afghanistan. Against such loud reiterations, Pakistan has vowed to resolve the issue diplomatically. Still, the Taliban’s interim government has remained reluctant to accept the Durand Line as the Afghanistan-Pakistan border. The dispute persists even though the Taliban’s major interests are inevitably linked to Pakistan, be it efforts for recognition of the government, trade, or humanitarian assistance.

There have been recurring reports of Afghan security forces damaging Pakistan’s border fencing, calling it illegal. For instance, most recently, Enayatullah Khwarazmi, the spokesman of Afghanistan’s Ministry of Defense, said Pakistan has “no right” to separate Pashtuns living on either side of the Durand Line.

The development has raised alarm bells for Pakistan. The ISPR’s director general, Maj. Gen. Babar Iftikhar, expressed a commitment that the fencing would be completed as planned, because “blood of martyred soldiers has been spilled while erecting the fence.”

The border issue has remained a point of contention for decades, but there are even more pressing challenges.

The second major concern is that ever since the Taliban’s takeover, the Tehrik-i-Taliban Pakistan (TTP) has resurfaced with renewed political strength coupled with improved internal cohesion, thus raising eyebrows in Islamabad as the insurgents bring splintered factions back into the fold. Coupled with this development is the possibility of TTP cooperation with the Afghan Taliban. With the Taliban emboldened by the fall of Kabul, it is not an exaggeration to say that the TTP’s strong yet low-profile presence in Pakistan could act as a Trojan horse for Afghanistan in Pakistan. After all, TTP chief Noor Wali Mehsud has pledged allegiance to Maulvi Hibatullah Akhundzada, the Afghan Taliban leader. So, the Taliban know that they can use the leverage of the TTP, a self-declared branch of the Taliban in Pakistan, to receive benefits from Pakistan. The TTP remains one of the most dangerous interregional terrorist threats to Pakistan.

Additionally, the Taliban government has released scores of TTP commanders in recent times, including former deputy chief Maulvi Faqir Muhammed. Such a gamble from the Taliban government would fray Pakistan’s support for a stable Afghanistan, especially if the security circles see a constructive resurfacing of militancy in Swat that undermines the decade-long counterinsurgency efforts by the Pakistan Army to oust the TTP. This could be one of the reasons why Pakistan reportedly (though it was never confirmed) carried out airstrikes in eastern Afghanistan, thereby sending a message to the Afghan government not to shelter militants on their soil.

Pakistan has tried to open negotiations with TTP, yet Islamabad has failed to subdue the terrorist group’s rise in northwestern Pakistan. One reason for the failure is because Pakistan has tried to use the same strategy – for instance, the release of 90 TTP militants in 2021 – so that the negotiations continue, yet after a temporary ceasefire, the TTP resumes attacks. Such tactics are employed to gain momentum and remain an important tactic for “regrouping” and for securing the release of imprisoned senior leaders, thus improving the TTP’s position.

The third major concern is linked to Pakistan’s ambitions to link South Asia with Central Asia to promote regional connectivity, development, and the flow of energy from Central Asia toward Pakistan. Such ambitions can only be materialized if Afghanistan remains stable, as several projects between the two regions pass through Afghanistan’s north. Therefore, the future of several of Pakistan’s Vision Central Asia-inspired projects with the Central Asian States, including the TAPI and CASA 1000, depends on peace and stability in Afghanistan – a conflict-prone country.

Afghanistan’s north is still subject to challenges from the Islamic State of Khorasan as well as Tajik and Uzbek militants. Several factions in Afghanistan are not willing to accept the Taliban’s rule. There are reports of challenges to the interim government, for instance, from the Islamic State, Uzbek resistance in Faryab province, Hazaras in Balkhab district led by Mawlawi Mehdi Mujahid, Tajiks in Parwan province led by Afghan Army chief Mohammad Yasin Zia, and Ahmad Masood’s forces, who are challenging the Taliban-led status quo in Afghanistan.

The fourth concern for Pakistan is the recognition of the Taliban’s interim government in Afghanistan, which for the global audience remains a pariah regime. Seemingly, the world is reluctant to pursue constructive engagement with the Taliban, based on global powers’ common calls for inclusivity in governance, women’s rights, and counterterrorism. Islamabad, however, remains committed to showing the world that the way forward is to move beyond such rhetorical arguments. If the great powers want to pressure Afghanistan, then they should constructively engage by incentivizing the Afghan government and then asking for compliance with international standards of governance.

That said, unless the world softens its stance on the interim government, Pakistan will remain hesitant to recognize the Taliban. Doing so unilaterally that could harm Pakistan’s already strained relations with the West and could lead to the threat of sanctions. For now, policy pundits in Pakistan are clear that the new Afghan government is a reality that must be recognized by the world. Pakistan’s foreign policy line remains close to what Uzbekistan’s President Shavkat Mirziyoyev said regarding recognition of the Taliban government: “We see no other option. We share a border, deep history and culture.”

Only time will tell how many other regional stakeholders will resonate with Mirziyoyev’s views. Until then, Pakistan, together with Afghanistan’s neighboring partners, is urging international actors to engage with the Taliban, because it does not want Afghanistan to become a cordon sanitaire for Pakistan’s relations with the West.

Pakistan’s position seems clear: Any true help for the Afghan people can hardly materialize if one bypasses the interim government of Afghanistan. But even as Pakistan scrambles to boost the prospects of a peaceful and stable Afghanistan by convincing the world to interact with the Afghan government, Islamabad finds itself facing several challenges from ongoing developments in Afghanistan. These challenges have led to mutual disdain, but cooperation between the two nations must take precedence.

Should I Break Up With My Boyfriend? 5 Signs to Look Out For-Freshnews4u